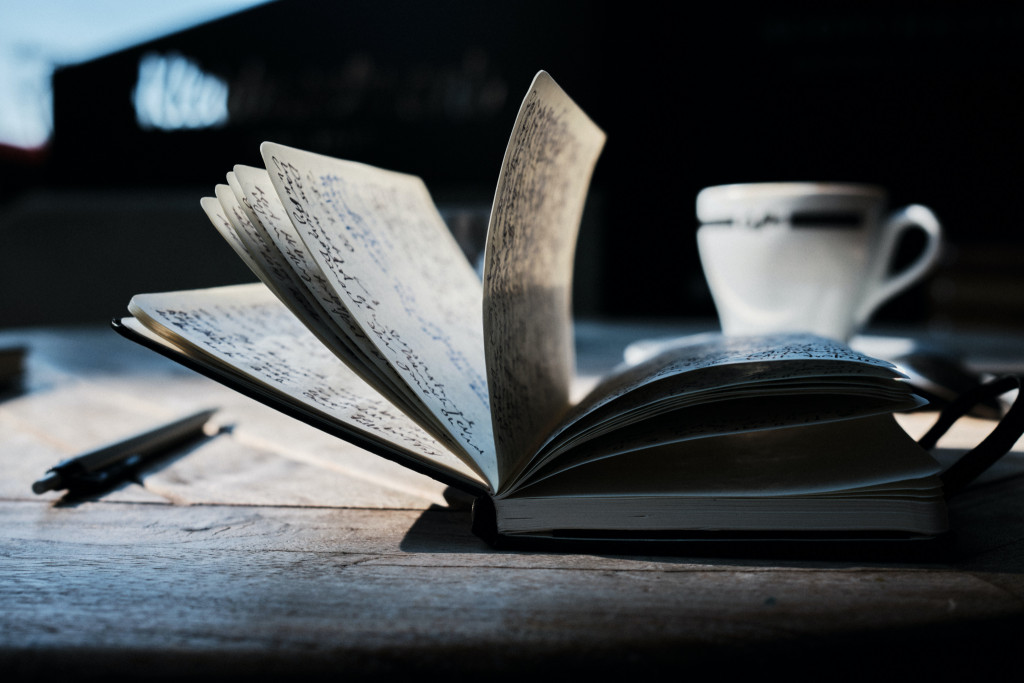 Lamenting that I’d been so busy writing blogs for clients, I’d neglected to write any for myself, I grabbed a notepad and pen to jot down some ideas for subjects to cover. The very first thing that sprang to mind was a question my 9-year-old son had asked a few weeks earlier when he’d glanced over the services page of my shiny new website.

“Writing about ghosts?” He’d exclaimed in surprise. After a good laugh at the idea of being paid exclusively to write ghost stories, (please, if you’re in the market for this, hit me up, I beg of you!) I explained what ghostwriting actually involved.

If any of you reading this aren’t familiar with the term, ghostwriting is any piece of writing - whether that’s an article, script or full-length novel - that is written by one person (usually a professional writer) and credited to another.

I explained that to my son and gave him some examples. “Like your Beast Quest books. There’s no way one person could write all those books so quickly! So lots of different writers do it and they all get published under the same name: Adam Blade.”

It got me thinking about how people view ghostwriting and the ethics involved.

So, is ghostwriting cheating?

Ghostwriting is a service

To me, ghostwriting is like any other writing service I offer. It’s a contractual agreement between me and a client. I don’t lament the ethics of writing a blog for a client so why should ghostwriting be any different?

The issue many people seem to get hung up on when it comes to the topic of ghostwriting is who is getting the credit? True, if I ghostwrite a non-fiction book or article for a client, it’s their name in the byline or on the cover but by that point, they have (or at least, one hopes!) fulfilled their end of the agreement- by paying me! Just like any other writing service, ghostwriting involves an exchange of words for money.

When I write web copy, product copy or blogs for a company, I don’t expect them to credit me on their website. Ditto if I create social media posts for a business. My name never enters the equation. So in that sense, most copywriting and content creation could be said to be ghostwriting of sorts!

The difference, I suppose, is that social media posts and product copy aren’t generally attributed to anyone. People may assume that the page owner or someone working for the company writes the posts or the product descriptions, and may be surprised to learn it’s a freelance writer instead but I doubt anyone would feel missold or hard done by.

Whereas that’s not necessarily the case when it comes to articles or - in particular- books. A lot of readers assume that if someone’s name is on the cover, then they wrote it and aren’t always thrilled to learn otherwise.

In my former career as a librarian, I lost count of the number of people who genuinely believed a single author capable of writing every single new James Patterson release that landed on our shelves with increasing frequency. That he works with a team of ghostwriters is well-known by many, of course, but that doesn’t necessarily include the majority of his target audience. Some of whom likely couldn’t care less so long as each book is as satisfying as the last. Other readers, like my nine-year-old, looking over his Beast Quest book collection with new eyes, can’t help but feel cheated.

Personally, I struggle to see any difference between someone paying me to write regular blogs and someone paying me to write an ebook. If the idea comes from them and they’re simply lacking in the time or expertise to put it into words, then that seems like a fair exchange- they pay me for my time instead and I hand over the finished product. Hopefully, they’re happy with it and we both move on, having got exactly what we wanted from the exchange- I’ve delivered a piece of writing I’m proud of and have been paid fairly for my time, and they now have a high-quality piece of writing to do with as they wish.

Ghostwriting doesn’t always go so smoothly, obviously and there is definite potential for misunderstandings on both sides. Clients may assume that all that’s required of them is a suggested title and a list of bullet points and that the writer can simply fill in the gaps. For a short article, that might be fine but for a full-length novel, that’s clearly not going to work!

There’s always a risk that ghostwriters could end up being taken advantage of and on the flip side, there is a chance clients may end up disappointed if expectations aren’t managed. Clear contracts need to be set out at an early stage to avoid any misunderstandings further into the project.

Is ghostwriting ever cheating?

After spending 800 words telling you that ghostwriting isn’t cheating, I have an addendum…

If you hand in an assignment or essay at school, college or university for grading and you didn’t actually write it, then that’s cheating. Regardless of if you fairly remunerated the person who actually wrote it.

You may feel that it’s your right to use any means at your disposal to scrape through your course, up to and including spending your student finance or lunch money on ghostwriters but I assure you that your headteacher, principal or university lecturers won’t agree!

So yes, I suppose my nine-year-old was right. Sometimes, ghostwriting is cheating, but more often than not, it’s a way of getting your thoughts out into the world with the help of someone who writes for a living!

If you’re looking for a ghostwriter for an upcoming project, drop me a line at hello@inkspell.co.uk or give me a call on 0784116012. Just don’t be alarmed if I answer with a “wooooo!”

By: Rebecca | 18th Jun 2021
What Is the Difference Between Copywriting and Content Writing? 5 Reasons to Hire a Freelance Copywriter
We use cookies on our website to improve the customer experience. Your cookie settings can be changed at any time through your browser settings. I understand